Some weeks I’m itching for a good mystery. Others I’m craving an emotional roller coaster. Or fantasy. Or historical fiction. Or goodness knows what. It might be brand new or something ancient or anywhere in between. In any case, it’s nice to share, so …

A series in which each book takes on a different style of mystery? Yes, a thousand times please. Of course, I’m absolutely swimming in Boris Akunin’s Christie/Conan Doyle-esque installment. 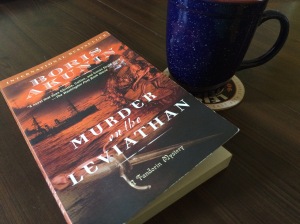 Murder on the Leviathan by Boris Akunin

A baffling murder dubbed the crime of the century in Paris sends Commissioner Gauche off on the Leviathan bound for Calcutta. Among the steamship’s passengers may be a murderer, but luckily enough, there also appears Erast Fandorin, Russian diplomat and detective. An eccentric cast of characters present a dubious set of captive suspects on a journey that turns out to be anything but a safe crossing. Can the mystery be solved before there’s further Murder on the Leviathan?