There are many stages in the editing process, and this month, Long Story Short will be fleshing out the reasoning behind the particular services How Novel provides, ordered chronologically with the writing process. Lucky for you, most everything comes along with an illustration or two straight from my geeky (but quietly charming, she said very convincingly) life, especially childhood.

It’s important for writers to find the support that helps their style and process. Some folks plan out everything. Others like the excitement of “winging it.” Some writers take months and years to deliberate over their manuscript, putting it in a proverbial drawer until they can weigh the pros and cons of proposed changes. Others like to keep the momentum going by editing as soon as they’ve received feedback. Hopefully, hearing about the services offered by HNE will be helpful for you as you continue on your writing journey and discern the best fit for your work!

You can find more details over on the services page.

“Paddington took a deep breath and gave the teller a hard stare. It was one of the extra special hard ones which his Aunt Lucy had taught him and which he kept for emergencies.”

Michael Bond, A Visit to the Bank from Paddington Abroad

It has been claimed by my family that from infancy I have been capable of hard stares to rival Paddington Bear himself. Not having been on the receiving end of one, I’ll have to take their word for it. 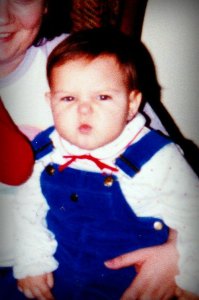 Then again, photographic evidence is not hard to come by in a family that has a veritable trove of embarrassing shots of my generation.

While the hard stare is a powerful tool (I’m finding this particularly true in parenthood), it may also come unbidden in moments of extreme annoyance, irritation, and despair. For example, being handed back a manuscript that one has sent to a trusted individual for a developmental edit and finding the document drowning in red corrections, deletions, suggestions, and general criticism. This experience is exacerbated by the fact that to receive such a beating one must usually pay a given amount of money.

Firstly, I must state the obvious for the record: I firmly believe in the value of receiving professional feedback and investing in it. By hiring a developmental editor, a writer is showing his/her commitment to making the story the best it can be. Not to mention that the editing party will also have some skin in the game, so to speak. It’s worth paying to have someone professionally dedicated to being frank but compassionate.

When making the first round of edits on my own writing, my eyes tend to filter things this way.

Secondly, everyone is different, budgets vary, and personal goals for a work of fiction must be considered when deciding what to do with one’s manuscript. How Novel Editing (HNE) is intentionally engaged in making the services offered attainable for everyone, including and especially those writers first branching out into the editing world. If the prospect of seeing your work covered in Microsoft Word’s Track Changes mode or the dollar amount attached has you seeing red and directing your hardest stare at all around you, consider a reader’s report. On the other hand, you could already have five editors and are looking for a sixth opinion. Who am I to judge? A reader’s report might just be the ticket either way. You’ll receive an editorial letter listing reflections, concerns, impressions, suggestions, and, hopefully, encouragement. What you won’t receive is a new version of your manuscript containing those same things in greater detail and in their intended context.

Also, I solemnly swear that no matter what HNE service you feel is right for you, one of my hardest stares will not be involved.